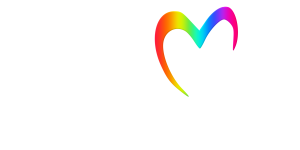 What would you do if you humiliated yourself in front of a Naked Kitchen Adonis… and then he appeared in your bakery months later?

DAVID
I watched in horror as my sister shattered yet another poor guy’s heart… only this time, I can’t get sweet, sexy, straight Hunter out of my head. My daily latte runs to Moore Delicious, the bakery where he works, aren’t helping. And now I’m in a bind: my favorite cousin insists that I attend her wedding. With a date. So she whips up a half-baked scheme that will piss off the family that disowned me and secure an ally by my side: ask my sister’s ex to pretend to be my boyfriend. The question is, will Hunter agree to play along?

HUNTER
Six months ago, I walked into my apartment to find a gorgeous man standing in my kitchen, wearing only a towel and a smile. And what did I do? Instead of saying hello and joining him in nudity, I stormed into the bedroom and accused my girlfriend of sleeping with her brother. To be fair, I didn’t know he was her brother at the time, and she really was cheating on me (just not with him). So I hide in the back every time the Naked Kitchen Adonis visits Moore Delicious… until the day he asks for more than his usual coffee, cookie, and suggestively-shaped banana. His proposal is intriguing. I like it. And him. A weekend spent serving up a little revenge while cozying up to the N.K.A. is more than tempting. The lengths we’ll have to go to make it believable definitely won’t be a hardship… but if things heat up, David will be the first man I’ve ever slept with.

Ingredients in THE BOYFRIEND RECIPE include a sweet and spicy fake relationship, a scrumptious marketing exec, a mouth-wateringly handsome engineering student, as much MM romance as you can handle, and frosted with a HEA ending. It contains no cliffhangers, is gluten-free, and has no GMOs, but is sprinkled with a few nuts from the Moore Romance series.

This 30,000-word novella is NOT part of the Moore Romance series, but it does take place during the same summer as A Chance for Moore (Moore Romance, Book 1).